Branding|Styling|Visual Presentation
with ANNE SORBARA of LUMESSENCE.
ANASTASIA NIKOLOV, ARTISTIC DIRECTOR
JULIE WYMA, EXECUTIVE DIRECTOR
The program will accept up to 8 singers for a four-day highly intensive workshop focusing on how to:
Program includes:
The agents/directors will give each artist individualised practical advice on:
SAMPLE of DAILY SCHEDULE
Mock audition
Coachings
Individual Branding|Styling|Visual Presentation sessions with ANNE SORBARA
Q&A
FACULTY 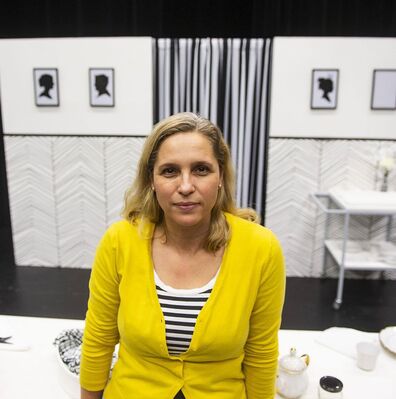 REBEKAH ROTA
​
Rebekah Rota is a multi-faceted artist whose career encompasses performing, teaching, directing, and arts administration. Rebekah combines intellectual rigor with emotional connectivity in whatever she does, striving to fill Structure with Heart. After completing her Master’s and Doctorate studies at the University of Michigan, she embarked on the first stage of her professional journey as a performer.
She sang throughout Germany and the United States, bringing life to such great roles as Violetta in La Traviata (Verdi), Mimi in La Bohème (Puccini), Gretel in Hänsel und Gretel (Humperdinck), and Margarethe in Faust (Gounod), among others. She was consistently recognized for her ability to combine secure technique, beautiful singing, and moving interpretations. "Natural acting and deeply-felt singing… dreamy, soft high notes…" "Believable and moving… masterful coloratura." "Silvery high notes, sparkling coloratura, powerful in all registers and with great acting ability."
Invitations to teach and coach soon followed. In addition to maintaining a private studio, Rebekah has been invited to give workshops and master classes in the US (University of Michigan, Loyola Marymount University, Utah Valley University) and Germany (German Opera Experience, James Madison University study abroad, Berlin Opera Academy).
Her deep grounding in technique and powerful emotional connectivity support the student’s journey to use the voice as an instrument for communication. "Rebekah is an insightful and intuitive teacher who has the ability to recognize each student’s individual struggles. Not only is she an amazing technician, she believes in connecting your physical and emotional energy to everything you sing, making your experience extremely personal." "Rebekah has one goal as a teacher: to achieve a natural sound for an authentic, honest interpretation that serves the music. Every second of her pedagogical and technical work is focused on this goal – providing both consistency and freedom.”
While still a student at the University of Michigan, Rebekah was selected to receive a specially tailored scholarship in stage direction. Bringing perspective from both “sides” of the stage, Rebekah’s unique vision couples depth of understanding with breadth of emotional connection. She was soon selected to direct various productions at the University (Davidson’s The Fourth Wise Man; Mozart’s Cosi fan Tutte) and received internships and assistant stage director positions with such companies as Opera Grand Rapids, Pine Mountain Music Festival, Indianapolis Opera, and the Los Angeles Opera.
After focusing exclusively on her singing career for a number of years, Rebekah returned to stage direction in 2014 with Henry Purcell’s Dido and Aeneas at the Mittelsächsische Theater. The following year, her staging of the mono-opera The Diary of Anne Frank by Grigor Frid at the Mecklenburgischen Landestheater Neustrelitz received national attention. The production was selected for the Polish language premiere of the opera at the International Penderecki Festival in Poland in September 2016 and it was revived in June 2017 in Krakow. She will be directing again this fall at the Landesbuehnen Sachsen; Peter Lund’s children’s opera Der Frosch muss Weg. "That this was all accomplished so unpretentiously, technically brilliantly, musically and dramatically convincingly, is in large part the merit of stage director Rebekah Rota from Canada {sic}. Under her direction, something grand that touches us all, “tua res agitur”, was coaxed out of polyphonic brevity and received resounding applause at the premiere." "This year - Opera Underground and the Polish premiere of the operatic monodrama The Diary of Anne Frank by Grigor Frid, directed by American Rebecca {sic} Rota. Sensitive, delicate, with girlish charm - very movingly designed to touch, not "hammer", something the director wanted to avoid.”
​Fall 2017 saw the beginning of yet another professional chapter for Rebekah as she accepted the position of Referentin des Operndirektors at the Landesbuehnen Sachsen in Dresden. Her long experience as a singer, teacher, and director inform her new duties as artistic administrator as she helps to manage daily operations, long-term planning and casting, and strategic planning at the theater. Outreach and Education are also important areas for her and she has initiated several in-school programs to introduce school children to the history and skill of classical singing.
​From April 2020, Rebekah will join Staatstheater Karlsruhe as the company's Stellvertretende Operndirektorin (Deputy Head of Opera).

​Byron Knutson studied piano, conducting, composition and acting in his hometown of Winnipeg, Canada, and in the United States. After completing the Artist Diploma in Opera Coaching at the University of Cincinnati College-Conservatory of Music, he was appointed Visiting Professor of Song Interpretation at Albion College in Michigan.
In 1999, Mr. Knutson moved to Germany, where until 2010 he worked in the opera houses in Kiel, Halle and Augsburg, conducting operatic repertoire from baroque to contemporary, including operetta, musicals and ballet.
In 2010, Mr. Knutson took over the musical direction of the young artist program at the Komische Oper Berlin. While at the KOB, Mr. Knutson conducted works by Handel, Mozart, Weill, Ginastera and a critically acclaimed production of Phlip Glass’ Les enfants terribles directed by Felix Seiler.
Mr. Knutson’s has worked with conductors such as Paolo Arrivabeni (Bellini’s La Straniera; Theater an der Wien), Friedemann Layer (Der Rosenkavalier) Johannes Kalitzke (World Premiere, Olga Neuwirth’s American Lulu), Patrick Lange (Rigoletto), Carl St. Clair (Aribert Reimann’s Lear), Sebastian Lang-Lessing (Der Rosenkavalier, National Center for the Performing Arts, Beijing), Christian Curnyn (Castor et Pollux), Lü Jia (Tannhäuser, Beijing). Mr. Knutson has also prepared the casts of Reimann’s Lear and DieGespenstersonate for productions at Theater an der Wien and in Tokyo.
Mr. Knutson frequently gives Masterclasses in North America, Europe and China.
In 2015 Mr. Knutson was appointed Professor of Operatic Studies at the Hanns Eisler Conservatory in Berlin. He is also currently music director of the Berliner Wagner Gruppe. 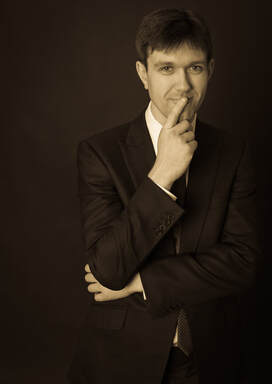 Ben Woodward is Repetitor mit Dirigierverpflichtung at the SH-Landestheater in Flensburg, having also held positions at the Staatstheater Hannover and the Musiktheater im Revier, Gelsenkirchen.  He is also Founder and Artistic Director for Fulham Opera in London, for whom he has led the complete Ring Cycle, Falstaff, Don Carlo, Simon Boccanegra and Der fliegende Holländer in production, as well as Der Ring, five Strauss operas, Peter Grimes and the Zemlinsky Lyric Symphony with their workshops orchestra.  He has previously worked with many of the London opera companies, and with the One World Symphony in New York.  He studied at Chetham's School of Music, Trinity College, Cambridge and the Guildhall School of Music & Drama.

​Anne Sorbara is a trained Makeup Artist and Foto-designer from Toronto, Canada. Having trained in both the United Kingdom at The Makeup School and through private lessons in Germany, Anne is skilled in using makeup to illuminate clients’ natural beauty and as a photographer, has a modern eye and flair for capturing her clients' personalities. Anne is also a working operatic coloratura soprano, and her knowledge of the industry gives her keen insight into your needs for portraits and promotional material.
Anne started out at Mac Cosmetics, where she fell in love with the motto ‘All Ages. All Races. All Sexes.” Here, she was able to hone her practical skills and develop her creative intuition with a wide range of clientele. From there she took her talents to the freelance world. Anne is in demand as a Makeup Artist and has worked in a variety of capacities, including backstage at Fashion shows for L’Oreal Paris, for the red carpets of the Deutscher Filmpreis and the Berlinale, at events such as The Glasgow Vintage Festival, Glow: The Beauty Convention, NYX Professional Makeup Halloween Party, and makeup events by Dior, L’Oreal Paris, and Charlotte Tilburry. Her creativity and performance-background lends itself well to Theatre makeup and Anne has worked on Don’t Forget To Go Home, an original piece by Kolektiva Balkana, Die Räuber for the Hanns Eisler HfM, Les contes d’Hoffmann with Opera on Tap Berlin, and Carmen with Opera Incognita München..
The convergence of Anne’s makeup skills, her ease in understanding individual needs and knack for capturing the personality of her clients is her business ‘Lumessence’ founded in Janaury 2017. Anne offers portrait photography and makeup packages, as well as private makeup lessons and masterclasses. She recently gave a Masterclass in ‘Makeup for the Stage’ at Die Etage, school for the Performing and Fine Arts. Anne’s warm personality leads to fun photoshoots that put the client at ease, and her attention to detail results in vibrant portraits. It is her pleasure to continue developing her craft with each new person.
https://www.lumessencebyanne.com/​
OPERAPROGRAMSBERLIN@GMAIL.COM
© Copyright 2020. All Rights Reserved.